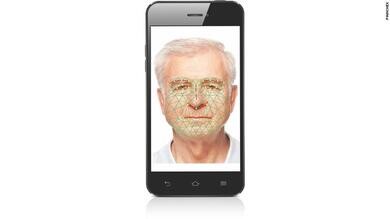 The app that measures pain could help people with dementia

PainChek is an app that uses artificial intelligence and facial recognition to assess pain. 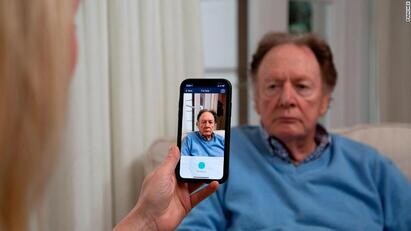 London (CNN Business)When you're in pain, you can usually tell someone about it. But for people with communication difficulties, that isn't always an option, meaning pain often goes undetected, misinterpreted or wrongly treated.

To give a voice to those who can't report their suffering, such as people with dementia, PainChek, an Australian startup, has developed an app that uses facial analysis and artificial intelligence (AI) to assess and score pain levels.

A carer records a short video of the subject's face using a smartphone and answers questions about their behavior, movements and speech. The app's AI recognizes facial muscle movements that are associated with pain and combines this with the carer's observations to calculate an overall pain score.

According to the company, PainChek can detect pain with over 90% accuracy and more than 180,000 pain assessments have been completed worldwide on over 66,000 people. The app was designed for use with elderly people needing care. 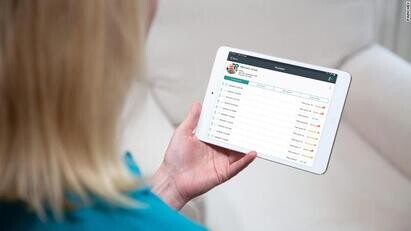 Typically, assessing pain in dementia patients with severe communication impairment involves carers and healthcare professionals observing their facial expressions and behavior, and interpreting the results according to a standardized scale, such as the Abbey Pain Scale.

A team of scientists from the school of pharmacy at Curtin University in Western Australia started developing PainChek in 2012. They wanted to find a better alternative to subjective paper-based assessments.

"It's very difficult for humans to decode the emotions of the person's face," explains Peter Shergill, PainChek's business development director. "So the tool applies artificial intelligence and algorithms to decode the face based on decades of research."

PainChek says its app can score pain with over 90% accuracy. 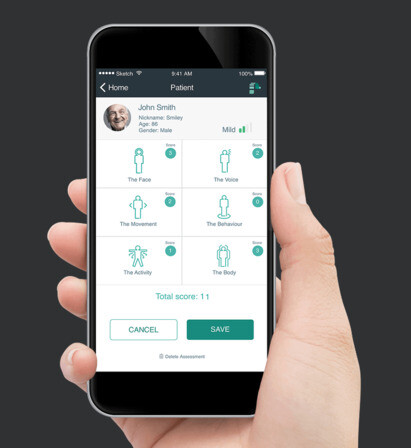 A 2017 validation study by PainChek's inventors, published in the Journal of Alzheimer's Disease, found the app provided reliable evidence of the presence of pain. The technology is classified as a medical device in Europe, Australia, and Canada and is offered to care homes as a monthly subscription for about $4 per resident.

The World Health Organization estimates around 50 million people globally have dementia, and there are nearly 10 million new cases every year. A 2012 study estimated up to 80% of people living in nursing homes with dementia regularly experience pain.

In 2019, the Australian government allocated up to 5 million Australian dollars ($3.8 million) for care homes in the country to adopt PainChek as part of a two-year trial. "It aims to improve the diagnosis and management of pain, quality of life and health outcomes for people living in residential care," says Richard Colbeck, the Federal Minister for Senior Australians and Aged Care Services.

PainChek says its technology is currently being used in over 722 care homes globally. Last August, it launched in the United Kingdom, where it has been used by around 1,000 patients so far.

To use PainChek, carers record a short video of the subject's face and answer questions about their behavior.

Paul Rowley owns a 24-bed residential home in the United Kingdom and has been using PainChek for almost a year. He says 20 of his residents have diagnosed dementia.

"[People with dementia] have difficulty communicating and they can't necessarily articulate what they are feeling, so that often leaves the carer having to interpret their feelings," says Rowley. He says the app is helping carers quickly determine whether somebody is in pain.

For Rowley, PainChek is also an important tool to show the absence of pain. He gives an example where he and his staff were able to use the app to prevent a woman from being unnecessarily medicated.

"We have one lady who is very advanced in her dementia and was manifesting signs that would be interpreted by most people as physical pain," he says. "But we knew the lady very well and were convinced that in fact what she was manifesting was not pain but frustration and anxiety, and we used PainChek to demonstrate that."

There are a growing number of technologies that aim to help all kinds of people communicate their pain. In the United States, MoxyTech has developed an app called GeoPain that lets users draw exactly where they are experiencing pain on a 3D image of the body. AlgometRx is a handheld device that scans a patient's pupils to measure pain.

PainChek is also looking to develop products targeting other groups. It has been carrying out research at a pediatric hospital in Melbourne to help develop an app to identify pain in children under three.

"We are looking at learning disability, delirium and end of life, as well as further additions," Shergill says. "We have a unique solution that is transferable across ethnicities and backgrounds ... users can see the impact they are having."