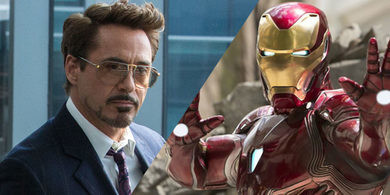 This Boy With Autism Became Verbal Because Of Iron Man

This Boy With Autism Became Verbal Because Of ‘Iron Man’

People love superheroes. Using their incredible powers, they save mankind from a world filled with larger-than-life villains. But beyond the images we see on the big screen and in our comic book pages, superheroes also save the day in smaller but no less meaningful ways. In fact, the story of how Iron Man helped a little boy emerge from a world of silence may be one of the most powerful we’ve heard in a while.

When Vincent Arambula was 1, he became nonverbal and exhibited other behavioral shifts. After talking to other members of the family, his parents, Nicole and Andy, decided to get him tested. Doctors diagnosed him as being on the autism spectrum.

For years, Vincent didn’t really communicate with his family. It broke his parents’ hearts. They wanted to connect with him so badly. Even Vincent, who is now 10 years old, struggled in his silence.

Then, when Vincent was 6 years old, he discovered Iron Man. And something incredible happened.

“I got an Iron Man helmet,” Vincent said during the Jan. 14 episode of “The Ellen DeGeneres Show,” where he met personal hero Robert Downey Jr. “And it helped me talk and imagination play.”

“It grounded him and allowed him to feel confident,” added Andy. “Within 24 hours … we saw a different child.”

After hearing Vincent’s story, Downey Jr. shared how he felt connected to the boy because of how they had both found their identities behind the mask. The moment was absolutely glorious.

After hearing the story of the incredible impact “Iron Man” had on Vincent’s life, Downey Jr. got to see some photos in which Vincent took on his Mr. Stark persona.

And the Mr. Stark connection doesn’t end with costumed play. Nope. This family named their beloved dog Mr. Stark after their favourite Marvel character and even have an Iron Man collar for the pooch.

Downey Jr. was sincerely moved by this family’s love. He went on to share what he’ll miss the most about playing the iconic Iron Man.

“It honestly is being able to talk to moms and dads and young folks and see how this had a positive impact on you,” he said. “And it just makes all these last years of working on it worthwhile. I cannot thank you enough.”

At the end of the segment, Downey Jr. said Shutterfly was gifting the family with $20,000 to help with medical and educational expenses for Vincent.

Just one more instance of this superhero saving the day.