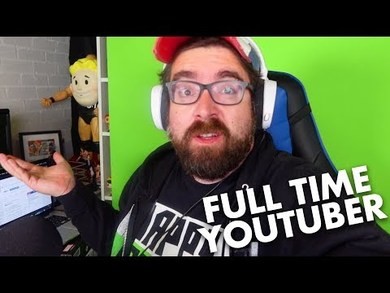 A YouTuber has been nominated for a diversity award after the success of his autism-based channel.

Since 2017 Kevin Chapman, who lives in Market Deeping, has gained 98,500 subscribers on his YouTube channel after viewers connected with his realistic and authentic videos.

His channel tells the story of how he had to give up his career as a computer science teacher to become a full-time carer for his autistic son Andy, who had been refusing to go to school for over a year.

“Only through sharing our story I found out other people are going through the same thing.”

He found his passion for YouTube in 2016 when he began making gaming videos which sometimes featured Andy.

“The videos got so much more of a reaction - it’s not something people had seen before.

He added: “At its core it’s just a fella from Market Deeping talking about his life.

“I certainly never went into it thinking it would be my full-time job.

“The biggest effect it’s had is me being around Andy more, I don’t think he would have made this amount of progress without me having the time to work on that.”

Kevin’s drive to promote autism awareness has also helped him reach other milestones he previously did not think were possible.

He has worked closely with the National Autistic Society to raise more than £10,000 as well as speaking at the Autism Show, Summer in the City and MCM London Comic Con.

Kevin also appeared on BBC 2, Radio 5 Live and several national newspapers to spread his message that ‘different is not broken’.

This year he has been nominated for the ‘positive role model (disability)’ category at The National Diversity Awards in September.

The awards recognise Britain’s most inspirational and selfless people in their respective fields of diversity.

“We look to those who represent progress, spirit and resilience, and I cannot wait to learn about the wonderful work being carried out this year”.

Kevin said: “I’m so proud of what we’ve been able to achieve as a family.”