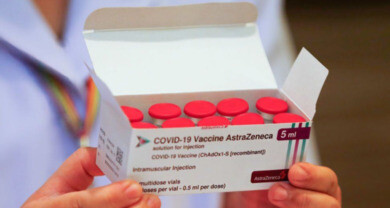 AstraZeneca vaccine - was it really worth it?

"It's appalling the way AstraZeneca has been treated. I wouldn't blame them if they were thoroughly fed up and decided to bow out of the Covid vaccine business." 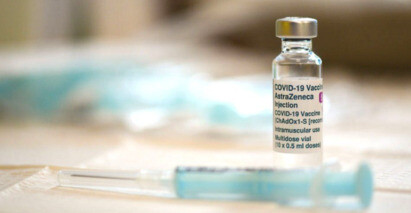 That was the view from one of the biggest institutional investors in the UK.

It's not a view the pharmaceutical giant and its talismanic boss Pascal Soriot would have expected to hear, having developed a safe, effective vaccine at breakneck speed, signing contracts to deliver nearly two billion doses and doing it all without making a profit.

Mr Soriot could be forgiven perhaps for thinking he would be getting a medal.

Instead he is getting brickbats from EU politicians like Belgian MEP Philippe Lamberts, who has accused the company of dishonesty and arrogance, in the way he alleges, it has "over-promised and under-delivered".

Some are suggesting that the whole endeavour has been more trouble than it is worth.

AstraZeneca has foregone over $20bn (£14.5bn) in revenue, while becoming a household name in the EU and the US for all the wrong reasons.

Some investors have even questioned Pascal Soriot's position as chief executive.

Astra has become a political football in a European blame game.

One minute his compatriot, the French President Emmanuel Macron, is describing the vaccine as "quasi-ineffective", and the next, President Macron is volunteering to have the jab himself and backing a move to block exports outside the EU. 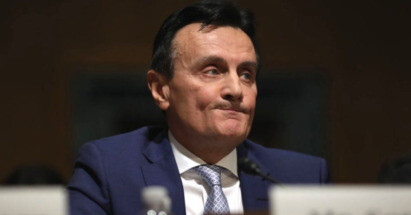 Oxford University's Sir John Bell said Mr Soriot was mystified by the French approach: "He's found dealing with the French one of the most difficult things he's had to do, because they have been so completely irrational."

There was also widespread anti-Astra outrage when a raid on an Italian pharmaceutical plant discovered a stash of nearly 30 million vaccines - only for it to dissipate when the company said that 16 million of them were for EU use and the rest were headed for poorer countries under an EU-backed program called Covid-19 Vaccines Global Access (Covax).

In the US, Dr Anthony Fauci, director of the National Institute of Allergy and Infectious Diseases (NIAID), accused AstraZeneca of "unforced errors", in failing to include the most recent data in its trial submissions to US authorities.

Even insiders admit: "It's fair to say we are in a pretty uncomfortable spot right now."

As one investor told the BBC, "[Pascal Soriot is] discovering what happens when you are doing politics, rather than business".

The story of AstraZeneca's adventures in vaccines and politics is impossible to separate from the background of the man in charge.

As one of his competitors put it: "Astra is Pascal's company, it's hard to tell where Pascal Soriot ends and AstraZeneca starts." 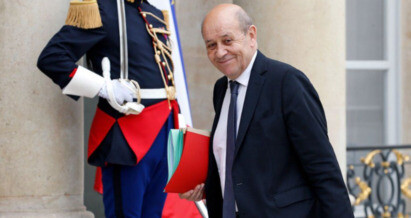 That is pretty unusual for a public company owned by huge institutional investors around the world.

Although he took over in 2012, Mr Soriot's dominant and hitherto unassailable position stemmed from his successful defence of the company from a $100bn takeover bid from American drug giant Pfizer in 2014.

"When he took over, Astra was in a bit of a mess and he took some big risks investing in more R&D - so when Pfizer came along he felt vindicated," said one insider.

"He thought if Pfizer wanted to buy it, I must be on the right track".

Mr Soriot used every defence trick in the book, including playing the British heritage card. Britain would be losing decades of science leadership historically and into the future.

He styled himself as the bringer of cures, rather than corporate cost savings.

The politicians of the day loved him for it - Sir Vince Cable, then-Business Secretary in David Cameron's Conservative Lib Dem coalition government remembers: "Despite the fact the takeover would have put extra money in shareholders' pockets short-term, he and his directors stuck to their guns.

"They took the view that it was a long-term project and they've been absolutely and completely vindicated and it's become a major national asset."

This episode cemented the affection of his staff, the respect and thanks of UK politicians, as well as an unshakeable personal self-belief. That last one can sometime be a double edged sword for any boss.

How the vaccine came about

AstraZeneca does not and has never had much experience with vaccines. Their strength is in treating cancer.

So when Covid hit, AstraZeneca was not necessarily the company many thought would lead the charge. 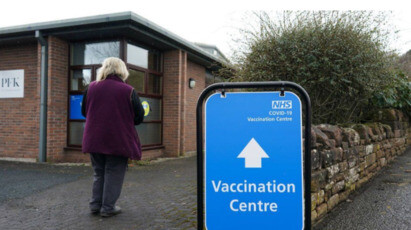 There was talk of a tie-up between Oxford University and US pharmaceutical giant Merck, but the UK government was keen that Oxford should partner with a UK firm to establish a strong vaccine capability within the UK.

It made sense for AstraZeneca as Oxford University had done a lot of the heavy research lifting - much of it funded by the UK government.

When the initial results came in, there was an atmosphere of euphoria. Astra and Oxford would help save the world with a safe, effective and cheap vaccine, supplied at cost to the world.

It doesn't get more pro-bono than that. This was arguably the high point.

Since then, AstraZeneca has had a fraught relationship with regulators and politicians; its name has been unfairly but undoubtedly caught up in recriminations over a slow vaccine rollout in the EU; and the share price is 20% lower than it was last summer when the news flow seemed so positive.

The problem is that manufacturing vaccines is really difficult. "It's a bit like brewing beer," said an insider.

"Some batches work better than others, and when you add in the complexity of regional supply chains, things get complicated and sometimes don't work."

So, if that's the case, is it not naïve at best and misleading at worst, to promise to deliver a fixed quantity of a potentially life or death product?

'We used our best efforts'

The insider added: "We signed a contract on a best efforts' basis and we used our best efforts."

This is where Astra's lack of experience in vaccines really tripped it up - managing expectations through simple and effective communication.

From the start, its efficacy numbers were hard to grasp, with separate numbers for different age groups.

Questions were asked over sample sizes in over 65s and efficacy numbers submitted to US regulators had to be revised down when more up-to-date results were included.

None of these made much of a difference to the overall picture - one of a safe and effective vaccine - but it fostered an impression the company was not being entirely competent, or entirely honest.

One source told the BBC that "if you looked on an organisational chart of AstraZeneca, the box labelled vaccine management wouldn't have much in it".

The company has already said it will review the status of its "not-for-profit" stance on its vaccine work when current contracts have been fulfilled.

But Sir John says he can't blame the firm, "given the way they have been treated".

A major investor suggested that when the contracts are fulfilled, this could be a moment the management review whether they want to be in the business at all. 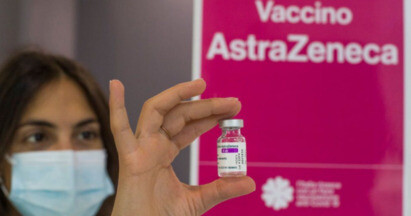 "Maybe that's the time to offer up the patent and move on," the investor said. The company says this is not their current thinking.

Trying to save the world has taken up a lot of the management's time and energy, at a time when the pharmaceutical giant is in the process of buying a US company for $40bn and a Japanese firm for $7bn.

That would be enough of a to-do list for any chief executive under normal circumstances.

But any thought that this vaccine mission could be both Mr Soriot's legacy and his epitaph seems very premature.

One big investor pointed out that Mr Soriot will earn a lot of "brownie points" for taking on something so ambitious and delivering a vaccine that works.

"He gets extra brownie points on the Environment Social and Governance (ESG) scorecard and he is still the person who turned around a company that was a mess when he took over," said the investor.

"I don't sense knives are being sharpened for him yet."

The lasting legacy of this French businessman may end up being making AstraZeneca a household name of which the UK, at least, seems genuinely proud.