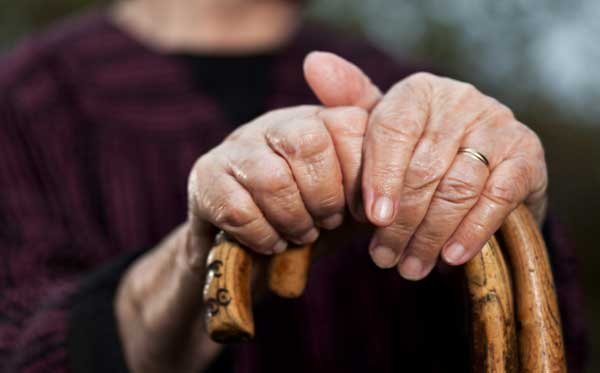 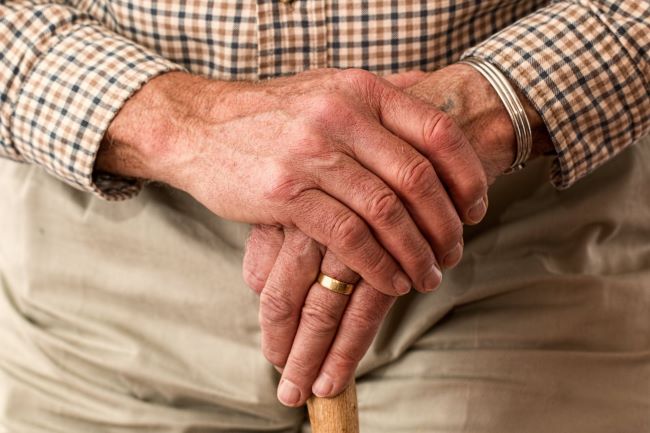 More men than normal are dying at home from heart disease in England and Wales, and more women are dying from dementia and Alzheimer's, figures show.

More than 26,000 extra deaths occurred in private homes this year, an analysis by the Office for National Statistics found.

In contrast, deaths in hospitals from these causes have been lower than usual.

The Covid epidemic may have led to fewer people being treated in hospital.

Or it may be that people in older age groups, who make up the majority of these deaths, are choosing to stay at home - but the underlying reasons for the figures are still not clear.

Alzheimer's disease charities called for action over the "heartbreaking" side-effects of lockdown and isolation.

Between March and September 2020, there were 24,387 more deaths in England than expected in private homes, and 1,644 in Wales. The large majority did not involve Covid-19.

In Wales there was a similar rise in men dying from heart disease at home, of 22.7%. 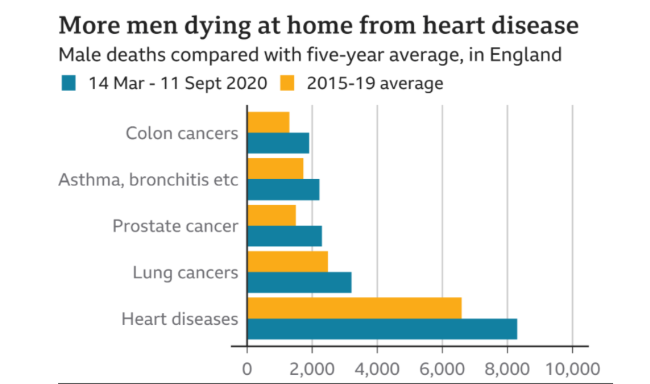 Over the same period, deaths in hospitals from heart disease went down by about a quarter in England and Wales.

During the pandemic, deaths from dementia and Alzheimer's disease at home increased the most among women - with 1,400 more than normal.

While deaths from these conditions also rose in care homes, hospital deaths from dementia went down - by 40% in England, and 25% in Wales. 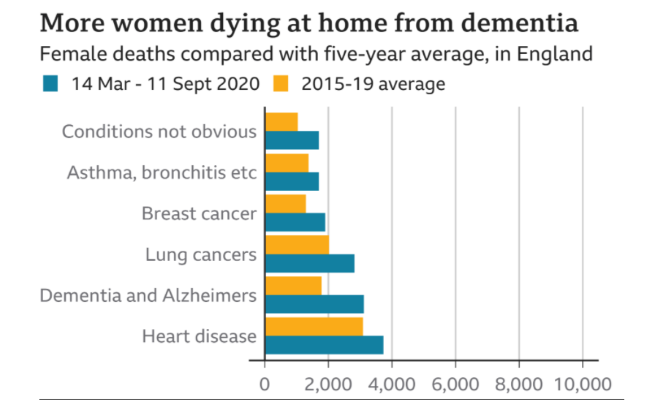 Compared with normal years, there have been more deaths at home from a number of major causes, including cancers and respiratory diseases, during the last six months.

The ONS figures show that deaths in private homes, hospitals and care homes were well above the five-year average during April and May, at the height of the UK epidemic.

Since then, deaths in care homes and hospitals have dropped to below normal levels and stayed there, but deaths in people's homes have remained higher than usual.

Prof Sir David Spiegelhalter, chairman of the Winton Centre for Risk and Evidence Communication at the University of Cambridge, said that equated to an extra 100 people dying at home every day.

"Usually around 300 people die each day in their homes in England and Wales," he commented.

"The latest ONS analysis confirms that even after the peak of the epidemic this has stayed at around 400 a day and shows no sign of declining. That's one third extra, very few of which are from Covid."

He suggested these deaths would normally have occurred in hospital.

"People have either been reluctant to go, discouraged from attending, or the services have been disrupted," Prof Spiegelhalter added.

"It is unclear how many of these lives could have been extended had they gone to hospital, for example among the 450 extra deaths from cardiac arrhythmias."

Alzheimer's Research UK said the fact more people were dying from dementia in their own homes than ever before was "truly heartbreaking".

"Many people say they would prefer to die at home, but we need to understand whether people with dementia are able to access the medical help they need during the Covid-19 pandemic," said director of policy and public affairs, Samantha Benham-Hermetz.

"It's likely that factors such as social isolation and people's fear of coming forward to access the medial care they need has led to such a huge increase, which is why it's more important than ever that people with dementia are not neglected."