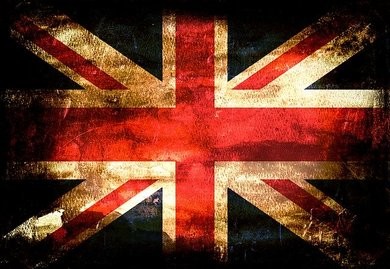 20% rise in the estimated number of people living with MS in the UK.

20% rise in the estimated number of people living with MS in the UK.

New data* from Public Health England (PHE) and the MS Society has revealed that the number of people living with multiple sclerosis (MS) in the UK has risen to over 130,000 – that’s around 1 in every 500 people.

The new UK MS prevalence figure is over 20% more than previously thought, rising from 109,000 people. The latest research also shows an increase in the incidence of MS, which is the number of people newly diagnosed with MS each year. The number of diagnoses has risen from an estimated 5,000 in 2017 to 6,700.

The new figures do not mean the risk of developing MS has increased. One reason for the increase could be improved survival in people with MS, as well as the general population, over the past 30 years. Another reason could be changes in the diagnostic criteria which means that people are being diagnosed with MS earlier in life.

What challenges does this bring?

The increase in the prevalence and incidence of MS in the UK brings with it huge challenges. MS Trust research on MS service provision shows that MS services across the UK are already overstretched, with up to 80% of people with MS living in areas where MS nurses have caseloads in excess of the sustainable caseload figure of 315. If the number of people being diagnosed with MS continues to rise, this will put huge pressure on the NHS and the MS teams who are already at breaking point.

In 2019, the MS Trust also saw a 20% increase in the number of people calling its helpline, again highlighting the urgent need for more clinical and emotional support for people with MS and their families.

Having somebody tell you that you have MS is an incredibly challenging thing to hear, and we now know more people than ever before – around 130 every week - are having to face the reality of an MS diagnosis.

Right now, too many of these people are being left to manage this condition on their own. Our research shows that around four in every five people with MS in the UK live in areas where there are not enough MS nurses to look after everyone. We calculate that around 115 new nurses are needed to ensure everyone living with MS can access the specialist support and care they need and deserve.

The new figures from Public Health England and the MS Society confirms that the need for better funded and better resourced MS specialist services across the whole of the UK is as pressing now as it ever was.

The MS Trust is here for every single one of the 130,000; we’re committed to supporting them on every step of their MS journey, funding more MS nurses and providing vital information so they can live their lives to the fullest. But we’re urging the government and the NHS to sit up and take notice too. It’s vital that nobody is left to manage MS alone.

* The new figure was generated using 2018 patient information taken from a GP database.