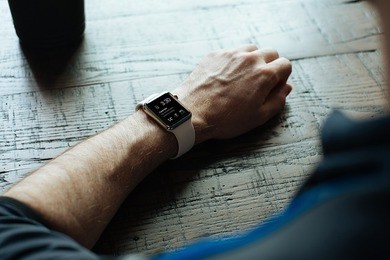 A campaign to develop smart watches and phone apps that can detect early signs of Alzheimer's has been launched – with Bill Gates and Iceland Foods agreeing to help finance it.

David Cameron, the former Prime Minister is president of Alzheimer's Research UK, and he is calling on researchers around the world to collect and analyse digital data to develop signatures of neurodegenerative disease, that can be then detected through wearable technology.

The 'fingerprints' would be developed from data on factors such as sleep, gait and speech patterns.

The Alzheimer's Research UK project aims to raise at least £67m over six years, with a longer term target of up to £100m by 2030 to build and test a diagnostic device on a large scale.

“Early and accurate diagnosis will give future treatments the head-start they need to succeed," said Mr Cameron.

"Through technology and big data, I strongly believe we are on the cusp of a revolution in how we detect the brain diseases that cause dementia and radically improve the lives of the millions of families facing these heartbreaking diseases,” he said.

Diseases like Alzheimer’s, the most common form of dementia, start to develop in the brain up to two decades before symptoms of dementia begin to show. Researchers worldwide now agree that future treatments and preventions will have greatest benefit when given as early as possible in the disease.

With potential new treatments early onset on the horizon, Alzheimer’s Research UK is keen to identify very early brain changes in the diseases.

Carol Routledge, Director of Research at Alzheimer’s Research UK, said: “Our research shows that 85 per cent of UK adults would be willing to take a test that could tell them if they were in the early stages of a disease like Alzheimer’s, even before symptoms show.

“Identifying the very earliest changes in these diseases would transform research efforts today, giving us the best chance of stopping these diseases before the symptoms of dementia start to get in the way of life,” she said.

Professor Chris Holmes, of the Alan Turing Institute, the UK’s national institute for data science and artificial intelligence, which is also involved in the project, said: “We will use AI to deliver new insights into the early signals of disease by combining digital data measurements with traditional sources such as brain imaging and memory tests. More accurate and timely detection will enable earlier enrolment for patients onto clinical trials and provide new scientific insight into the initial stages of diseases like Alzheimer’s."