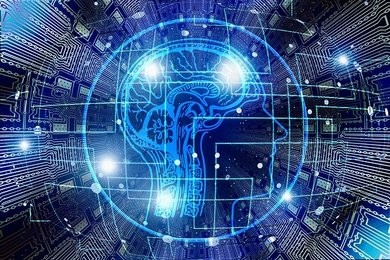 Dementia: not just about forgetting

Dementia: not just about forgetting

It had been some time since Sean had been to visit his parents as he did not live in the same city. His father Pat, had been diagnosed with dementia some time ago, but the last time he saw him the symptoms were only mild. On this afternoon, as he entered the familiar house of his childhood, Pat stood up to welcome him. He stretched out his hand and took Sean’s warmly, saying “David, good to see you,”. “No, it’s Sean, I’m Sean”, was the reply. This was met by a blank look, “Sean?”, “Yes, your son.” There remained a blank look, “Oh..I’m sorry..what did you say your name was?”
Sadness and grief passed over Sean’s face.

Dementia is a complex illness and can present with a constellation of different symptoms, and it is not just about losing one’s memory, but also the loss of cognitive ability and function.

The condition has a devastating impact not just on the person, but on their family and friends who slowly lose the person they love, even though they are physically still there. Many of us already have experience of this.

Dementia is an umbrella term used to cover a group of conditions. Dementia of the Alzheimer’s type, to which we commonly refer makes up about 50% of cases, other forms include Vascular dementia, Mixed vascular and Alzheimer’s, Frontotemporal and Lewy Body disease. These are the main types and together make up for about 90% of cases. Making the differentiation is important because there are differences in disease progression, prognosis and treatment options depending on which dementia type is diagnosed. Nationally and in North West London over the last few years, there has been a great focus to achieve a timely diagnosis and provide post diagnostic support.

The symptoms of dementia are varied, and depend on the type. Symptoms range from memory loss, confusion, difficulty performing day to day tasks, poor sleep, changes in mood, personality changes, to difficulties with speech and language, paranoia and even hallucinations as the disease progresses. The pace of progression is also different for different people.

There is no single diagnostic test for dementia. Blood tests and brain scans are performed, mainly to exclude other possible causes, for example to rule out a brain tumour. Further tests to assess how a person performs in certain tasks are then undertaken. It can take several weeks or even months for a diagnosis of dementia to be made.

Unfortunately, there is no cure for dementia. For those with Alzheimer’s type, there are medications known as Acetylcholinesterase inhibitors, of which the most commonly used is Donepezil which may temporarily improve symptoms and slow down the progression of the disease. Acetylcholinesterase is a chemical in the brain that helps nerve cells communicate with each other. The medications aim to increase levels of this chemical in order to improve the nerve cell function. These medications are not effective in the other types of dementia and disappointingly there have not been any recent new developments in treatment despite ongoing research.

There have been those who have questioned the point of making a diagnosis if there is no effective treatment nor cure. However, for most people, and their family and friends obtaining a diagnosis is important to help them to understand how to manage their symptoms and plan for the future. There are now many organisations such as the Alzheimer’s Society www.alzheimers.org.uk which provide advice and ongoing support for people with dementia, and their family.

Can we prevent dementia? As there are different types of dementia, there is no single well-defined cause, therefore prevention is not straightforward. We know that vascular dementia is associated with conditions which reduce blood flow to the brain such as strokes, high blood pressure, and poorly controlled diabetes. A healthy lifestyle with a healthy diet, regular exercise, and not smoking, are the key principles of preventing most conditions including these. Keeping the brain active with activities is also important

“If the brain is to stay healthy, it must remain active, wondering, playing, exploring and experimenting right to the end. Such activities or dispositions may not show up on tests, but they are of the essence in defining the health of the brain and in allowing its development throughout life.” Everything in Its Place: First Loves and Last Tales by Oliver Sacks

If you are concerned that you, or a relative or friend may have symptoms of dementia, please speak to your GP.