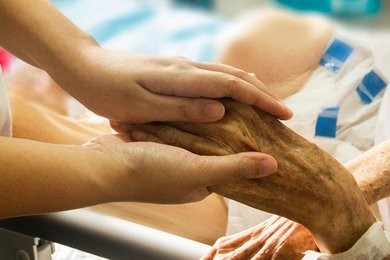 A nationwide project has launched to gain a better understanding of the role of Parkinson’s Nurses in supporting people living with the condition.

Academics at Northumbria University are running the two-year project, backed by £100,000 from Parkinson’s UK, with Northumbria Healthcare NHS Foundation Trust.

Parkinson’s is the fastest growing neurological condition in the world and there is currently no cure. In the UK, 145,000 people are living with the condition.

Specialist Parkinson’s Nurses help people manage their medication, offer advice and information about living with Parkinson’s, and give emotional support to both the person with the condition and their families or carers.

According to figures from Parkinson’s UK, a nurse can save an NHS Clinical Commissioning Group up to £43,812 in avoided consultant appointments, £80,000 in unplanned admissions to hospital and £147,021 in days spent in hospital on average each year.

Dr Annette Hand, Associate Professor in Nursing, Midwifery and Health at Northumbria University, said the new project aims to understand the role and scope of these nurses, the similarities and difference between the different models of nurses and how they impact the lives of people with Parkinson’s.

“Our research is designed to improve our understanding of the extent and value of specialist nurses working in the field of Parkinson’s,” she added.

“It will have significant relevance to the NHS, Parkinson’s UK, people with Parkinson’s and their loved ones and will have the potential to inform future practice and processes.”

As part of this national study, researchers would like to hear from people with Parkinson’s and their families and carers about their experiences of their Parkinson’s Nurse.

They are also looking to hear from specialist nurses working in what is, or was, traditionally a Parkinson’s Nurse Specialist role, to understand their knowledge on appropriate care and support for people with Parkinson’s.

“Both aspects are hugely important and will contribute to provide an evidence base for the value and scope of Parkinson’s Nurses,” added Dr Hand.

Professor Richard Walker, consultant in Parkinson’s disease at Northumbria Healthcare NHS Foundation Trust, added: “While we know that specialist Parkinson’s Nurses have made a positive difference to people living with the disease and their loved ones and carers for a long time, there is little evidence to support this.

“We are pleased to be part of this important research which will help better understand nurses’ role and inform future practice and we would encourage people with Parkinson’s and their families to get involved so as full a picture as possible can be gained.”