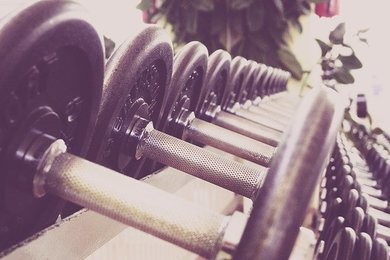 Pioneering arthritis treatment gets Lancaster fitness fanatic back on her feet

Pioneering arthritis treatment gets Lancaster fitness fanatic back on her feet

Lancaster fitness enthusiast Marianne Whiteway was devastated when she was diagnosed with early onset osteoarthritis in her knee at the age of just 29 – but she now has her life back after being one of the first people to receive groundbreaking new treatment.

Marianne said the cutting edge procedure has given her a new lease of life, and enabled her to take up a job she enjoys as well as getting her back in the gym.

Marianne, now 32, was selected to take part in a new trial, funded by Versus Arthritis, into ACI – autologous chondrocyte implantation – a new cartilage cell transplantation procedure.

She became one of the first people to undergo the treatment, which has the potential to remove the need for joint replacements in people with osteoarthritis in later life.

As a result of Marianne’s experience, the treatment has recently been rolled out across the NHS, becoming available to millions of other people with the condition.

Osteoarthritis is the most common form of arthritis in the UK, affecting more than eight million people, half of whom experience pain every day.

The latest NHS waiting times statistics revealed that more than 90,000 people were forced to wait more than 18 weeks for orthopaedic surgery, the largest number since published records began in 2010.

Until now, joint replacement has been the only effective treatment option offered by the NHS, but the approval of ACI could change that.

The procedure takes a sample of cartilage from the patient’s knee, which is then used to grow a fresh supply of healthy cells that are native to the patient’s body in a laboratory.

These cells can then be returned to the affected area in a second surgical procedure.

When implanted, the cells anchor themselves to the bone within 24 hours, resulting in fresh cartilage growth at the damaged site.

Patients can expect to resume everyday use of the joint in three months and can resume sports activities after just 12 months, making this a much better option than joint replacement surgery for younger patients.

Marianne was diagnosed with early onset osteoarthritis at only 29 years old.

At the time, she was a personal trainer and had to quit her job because of the pain she was experiencing on a daily basis.

It wasn’t only when squatting and running, but even when sitting and lying down, Marianne felt a constant dull ache.

The sharp, shooting pain as she was trying to do simple chores like cleaning, or playing with her three-year-old niece, became overwhelming.

She said: “I had always had ‘clicky’ sore knees but didn’t really think anything of it, until I was in a gym class one day and my knee collapsed.

“I went for an x-ray and they said it was arthritis.

“When they first told me I still didn’t think too much of it, I was still personal training and running and doing weights but my knee got more and more painful.

“I was referred for physio and acupuncture but nothing was working.”

After a year Marianne left personal training to instead train to become a primary school teacher, but found she struggled due to her knee pain.

“In the end I got a desk job but my mental health suffered and I ended up isolating myself,” she said.

“I had been advised I could carry on at the gym but not as much as before.

“I have always loved running, that’s my way of coping with stress, but in the end I just stopped altogether out of frustration. By the end just climbing stairs was difficult, and I couldn’t play with my niece.”

Marianne was told by a doctor at the fracture clinic at the Royal Lancaster Infirmary that other than a knee replacement there was nothing they could do, but told her about the trial which she was referred to and accepted for.

And so last March and April, Marianne underwent surgery to firstly harvest her cells and then to have them implanted, while also having her knee repositioned and the tendens tightened.

Marianne was keen to take part in the trial because she felt she had nothing to lose.

Initially, she was excited at the prospect, but said she also felt nervous about the actual procedure.

However, it paid off, and Marianne says she is “staggered” at her quick recovery; just one day after the procedure she was on her feet again and back training at the gym two months later.

This April the knee will be checked to see if the cells have grown, but Marianne says the difference is considerable.

“I am excited to see if it’s worked but it feels amazing,” she said. “I am back running and have got a place to do the Great North Run.

“I am now working with children with learning difficulties and there’s no way I would have been able to do that before.

“I was on crutches for a month, but I was back swimming after six weeks and back in the gym after eight weeks.

She also hopes that taking part in the trial will give others hope for a pain free life.

“I am so grateul that I managed to be a part of the trial,” she said.

“This is something that could hopefully eliminate the need for a knee replacement in the future, and obviously I was too young to have one so I would have been stuck without it.