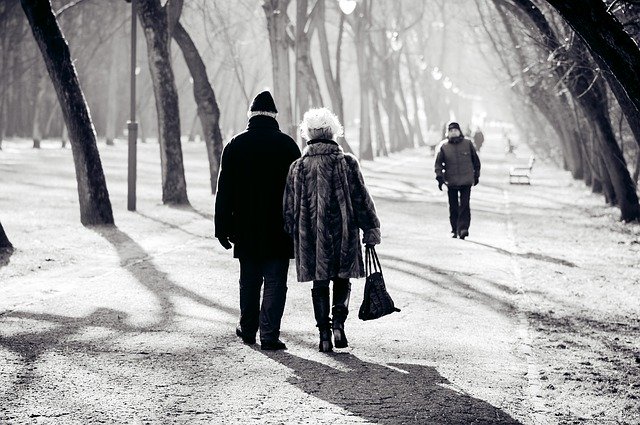 This year, those walks may not happen in the usual way and it has has been suggested that people arrange their own fundraising walks.

Now Peter, of Weyhill Road in Andover, is throwing his hat in the ring.

At 91, with the loss of mobility, hearing, vision and now with memory loss added to the mix, he thinks walking 26 miles may be “slightly ambitious” but is going to try his best.

“I cannot promise a set number of miles as each day is different for me,” he said.

“But I would like to do 26 walks between now and the end of September. I have always relished a challenge.”

The Alzheimer’s Society funds research, help and support to not only those living with Alzheimer’s but to their families and carers as well.

Peter has lived in Andover since 1985, after serving 37 years in the Army.

On retirement, he ran a market stall selling china, glass and earthenware for a while.

At the ages of 67 and 69, Peter did two sponsored bike rides for the National Deaf Children’s Society and then gave talks around the south of England to raise more funds for NDCS and also a school for the deaf in The Gambia.

He felt it was a step too far to join his wife on a 26 mile walk, which is why he instead devised his own challenge of 26 walks, of which he has so far completed 13.

“I would be so grateful if any of you were able to sponsor me on this latest mission,” he added.

“Alzheimer’s Society is transforming the landscape of dementia forever.

“Until the day we find a cure, we will create a society where those affected by dementia are supported and accepted, able to live in their community without fear or prejudice."

To donate, you can visit www.justgiving.com/Peter-Redmond2