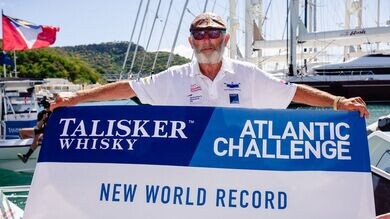 70 year-old Frank Rothwell has raised more than £700,000 for dementia research after rowing across the Atlantic.

A 70-year-old man “Frank Rothwell” has raised more than £700,000 for dementia research after rowing 3,000 miles unassisted across the Atlantic. 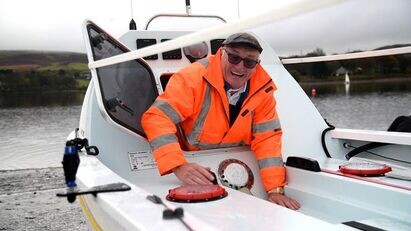 Frank Rothwell, from Oldham, set off from the Canary Islands on 12 December in a boat nicknamed Never Too Old and reached Antigua on Saturday.

He said crossing the finish line was a "completely euphoric moment".

He also paid tribute to his brother-in-law, who died aged 62 with Alzheimer's disease during the journey.

"While rowing, I received heart-breaking messages from people who have had similar experiences to my own, with my brother-in-law, Roger, so I hope I've helped other families in some way too," he said.

In April, Guinness World Records and the Ocean Rowing Society confirmed 72-year-old Graham Walters, from Leicestershire, as the oldest person to row solo across the Atlantic, despite being towed the final few miles to shore.

At 70, Mr Rothwell is the oldest person to complete the Talisker Whisky Atlantic Challenge. 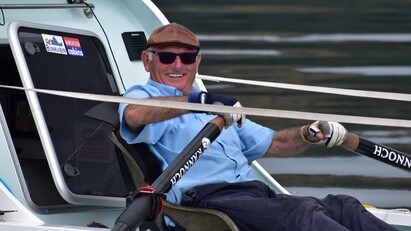 Speaking after his journey, he said: "I felt quite emotional approaching the finish".

"It took six long weeks to row the Atlantic, but the challenge itself has taken over 18 months of training and preparation, so I'm very proud of what I've achieved and the unbelievable journey I've been on."

Mr Rothwell reached Antigua before his Valentine's Day target and was reunited with Judith, his wife of 50 years. 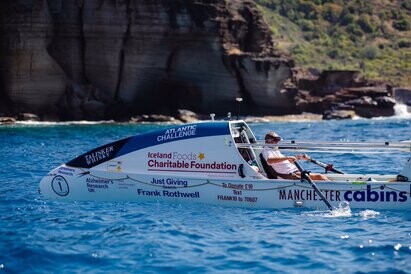 The charitable foundation of the supermarket firm Iceland Foods has pledged to double the first £500,000 of donations.

The company's founder Sir Malcolm Walker said he had known Mr Rothwell for many years and "knew his determination".

"But seeing the heart-warming and generous support he's receiving from the public is astounding," he added.

"By taking on such a monumental challenge at 70 years old, he has helped to spread awareness and inspired people of all ages to take on their own challenges," she said.