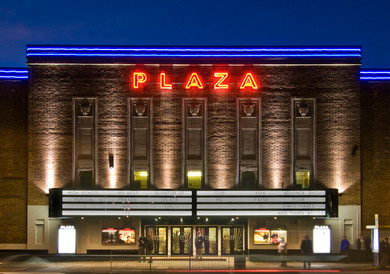 A cinema in Crosby has been honoured by BAFTA.

A cinema in Crosby has been honoured by BAFTA.

A much loved Crosby cinema has been awarded the For the Love of Film award at the 2020 BAFTAs.

The Plaza Cinema in Crosby, Merseyside has won the For the Love of Film award at the 2020 BAFTAs.

Opening in September 1939, the Plaza famously had to close its doors on the same day due to the outbreak of WW2.

It then reopened in 1997 as a community theatre which shoes a vast range of films, from commercial to limited releases to foreign language films. There are also dementia screenings, Alzheimer's screenings and autism-friendly screenings.

The cinema has also developed community events to promote the value of film.

The For the Love of Film category is now in its second year and is a nationwide search to honour people who show an inspiring passion for film in their communities.