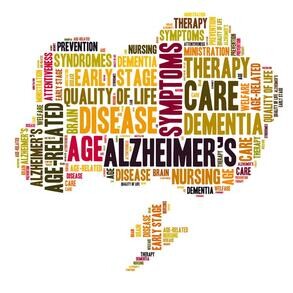 Fibromyalgia affects about 10 million people in the U.S. and is a chronic condition characterized by widespread pain accompanied by symptoms such as depression, anxiety, sleep disturbances and fatigue. Additionally, those with fibromyalgia also frequently report having issues with memory, difficulty in concentration and some mental slowness.

Those with fibromyalgia syndrome describe what is called “brain fog,” sometimes called “fibrofog,” in which they experience memory loss or lapses and forgetfulness. This “fibrofog” is very common with the condition, but it is worrisome for people diagnosed with fibromyalgia, as they grow concerned it could lead to Alzheimer’s disease.

In a study done by Rush Medical College in Chicago, researchers looked for a decline in cognitive ability in those with fibromyalgia. Using historical data from a repository of more than 20 years of neuropsychological information, researchers identified two groups of women with fibromyalgia who had cognitive issues, and were well-matched with the same educational, vocabulary and depression scale, noting that all of these attributes affect results of cognitive testing.

The researchers found that long-term fibromyalgia patients showed no evidence of cognitive decline. Measures of episodic memory and processing speed (markers of preclinical Alzheimer’s disease) were in normal range. Researchers concluded that fibrofog was not associated with progressive cognitive decline and did not support the idea that there is a transition over time from the memory loss to Alzheimer’s disease.

The inability to appropriately filter out relevant distractions is at the heart of memory loss in fibromyalgia. In Alzheimer’s disease, the brain mechanisms responsible for fixing events into memory are irreversibly impaired.

Individuals experiencing “fibrofog” can take steps to help lessen the symptoms. Regular routines should be established, and reminders used on calendars. Clutter should be removed as disorder can lead to distraction, which interrupts concentration.

Additionally, those with fibromyalgia should learn to relax, taking deep breaths when they are stressed and are having forgetful moments. A healthy diet and regular physical exercise are essential, as well as keeping hydrated.

Because sleep disturbances are common with this condition, caffeine should be limited or avoided altogether. Often the medications prescribed for fibromyalgia can contribute to fibrofog, so people should talk to their physician about these concerns.