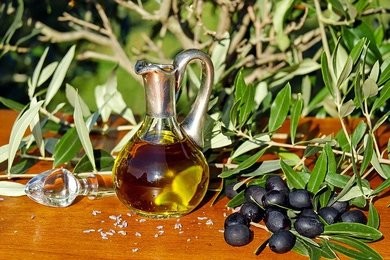 VOLUNTEERS are needed to take part in research which could improve the lives of people with memory problems.

Researchers at Bournemouth University are investigating claims that certain oils could be used for prevention or even treatment of diseases like Alzheimer’s.

The claim is based on the finding that the brain cells of people with Alzheimer's disease are unable to use glucose to produce energy properly. Some scientists believe that providing an additional source of fuel to brain cells could potentially limit decline in memory.

A trial is under way and is currently recruiting volunteers with mild cognitive impairment in Wessex and the south west of England.

PhD student Raysa El Zein, supervised by a Prof Jane Murphy, Dr Shanti Shanker and Prof Peter Thomas, is conducting a new study that will explore the possibility of using certain vegetable oils as an additional source of energy in the diet.

Up to 60 participants will be split into two groups and asked to consume 30 ml of either coconut or sunflower oil daily for six months incorporated into food. Participants will be provided with some recipes to help incorporate the oil into their diet. The researchers will meet the participants three times during the study to conduct a series of tests. It’s hoped the research could provide the evidence needed to develop a larger future study to evaluate the effect of vegetable oils on memory.

There are an estimated 87,000 people in the South West living with dementia, and this number is set to rise.

While the risk factors for dementia are complex, the latest research shows that there are things within people’s control that could help reduce dementia risk, including eating a balanced diet.

Professor Jane Murphy said: "A diet that is low in meat and dairy but rich in fresh fruit and vegetables, grains, beans, nuts, fish and ‘healthy’ fats like olive oil, has been linked to a range of health benefits.

"This trial is looking at whether certain vegetable oils may have any potential protective effects against worsening memory problems.

"While there have been many claims made about potential benefits of these oils, it’s important that these claims are put to the test through research.”

Raysa El Zein, added: "The participants who have already volunteered for the study are enjoying being part of a study that could make a difference and benefit others in their situation. I am looking forward to working with new volunteers."

Anyone wanting to register their interest in this study or other dementia research can call 0300 111 5111 or sign up online at joindementiaresearch.nihr.ac.uk