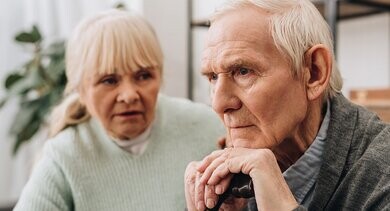 A new study links an overwhelming lack of interest to people with various kinds of dementia, including Alzheimers disease. Dementia affe

According to Science Alert, a breakthrough in dementia studies may be getting near. “Following 600 people for two years, a new study has found apathy occurred early, worsened over time, and predicted a decline in brain function in people who had inherited a genetic risk of dementia but were otherwise healthy,” the article said. “Recognizing when dementia takes hold remains a great challenge.

“Much research is focused squarely on understanding how dementia develops in its early stages—looking for the emergence of its first subtle symptoms, which can vary.”

Dementia, which is a blanket term for many symptoms caused by brain disorders, is widespread and well-known.

With neurological disorders and symptoms, many terms get thrown around interchangeably—and often, erroneously. Laying out a clear definition of dementia can help clear the air.

“Dementia refers to a loss in mental abilities that is severe enough to interfere substantially with normal activities of life,” said Dr. Thad Polk, Arthur F. Thurnau Professor in the Department of Psychology and the Department of Electrical Engineering and Computer Science at the University of Michigan. “To be diagnosed as dementia, the mental impairment should not have been present from birth, should not be associated with any alteration in consciousness, and should last for more than six months.

“Dementia is usually progressive, meaning that the mental impairments get worse over time.”

Dr. Polk said that the first symptoms of dementia—apathy notwithstanding—are often significant memory problems, like forgetting where you live or the names of family or friends. Reasoning abilities may also worsen, making it difficult to make plans or to follow along with movies and television shows.

Other symptoms include a loss of interest in otherwise pleasurable activities, individuals may struggle with language and may become more irritable. People with dementia may even experience hallucinations, paranoid delusions, or personality changes that make them almost unrecognizable to loved ones.

Some causes of dementia are treatable, making the dementia itself reversible. Dr. Polk mentioned depression, vitamin B12 deficiency, and Lyme disease as examples.

Even some medications cause dementia-like symptoms. Anti-anxiety drugs such as Xanax, Ativan, and Valium can cause symptoms, as can painkillers like Vicodin and Percocet, and even beta blockers.

“Dementia can also be caused by brain diseases,” he said. “For example, over 50% of patients with Parkinson’s disease eventually develop symptoms of dementia, although it typically takes about 10 years after the onset of Parkinson’s for such symptoms to appear. Progressive loss of neurons in the frontal and temporal cortex can also produce a dementia called Pick’s disease or frontotemporal dementia.”

Vascular dementia, also called multi-infarct dementia, is one common kind of dementia in the elderly. An infarct is a localized area of brain tissue that dies due to a lack of oxygen. Of course, Alzheimer’s disease is the most common cause of dementia, constituting 50% to 75% of late-life dementia cases.

The potential link between apathy and dementia is still in its infancy, but it may prove to be a valuable piece of information in the years to come.

This article was proofread and copyedited by Angela Shoemaker, Proofreader and Copy Editor for The Great Courses Daily.