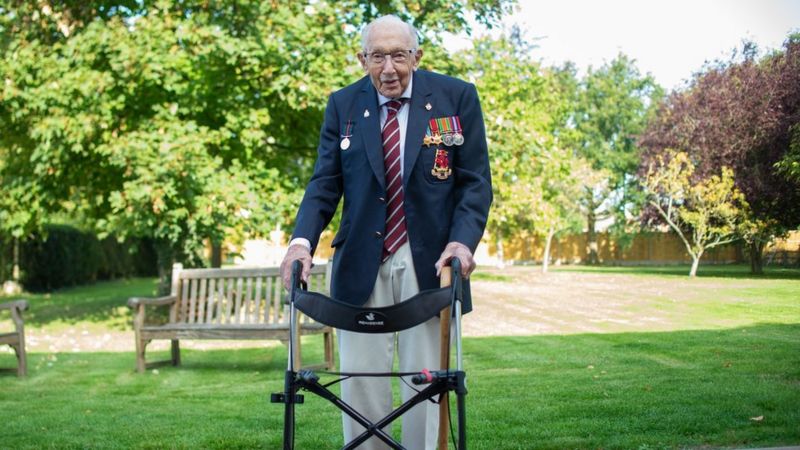 Captain Sir Tom Moore has spoken of his late wife Pamela's struggle with mental health as he launched his charitable foundation.

The 100-year-old raised more than £32m for NHS charities when he walked more than 100 laps of his garden in Marston Moretaine, Bedfordshire.

He said he wants to help people who are having "difficulties".

The foundation will support people "where a little bit of hope will do them some good".

Speaking to BBC Breakfast's Naga Munchetty from his garden, he said his wife's mental health problems started when she was a child, as her mother was "terrified" of sending her away during World War Two. 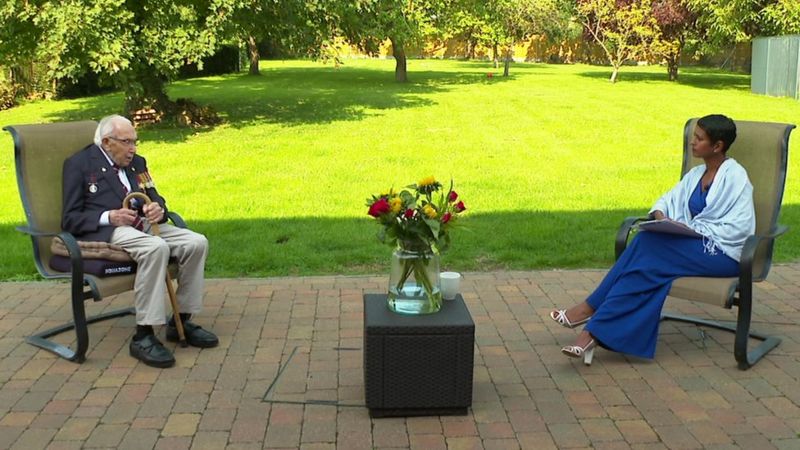 The war veteran, who was born in Keighley, West Yorkshire, said: "When she [his wife] was going to school, she [her mother] used to say, 'I have got someone watching you', it stayed with her for the rest of her life.

"Her mother frightened her into always thinking people were always following her."

He said her health got "worse and worse".

When Capt Sir Tom could no longer look after his wife properly, she went into a care home.

She was expected to be treated for six weeks but stayed for longer and died from dementia in 2006.

He visited her every single day and said: "I never resented that for a minute because I had a contract in sickness and in health." 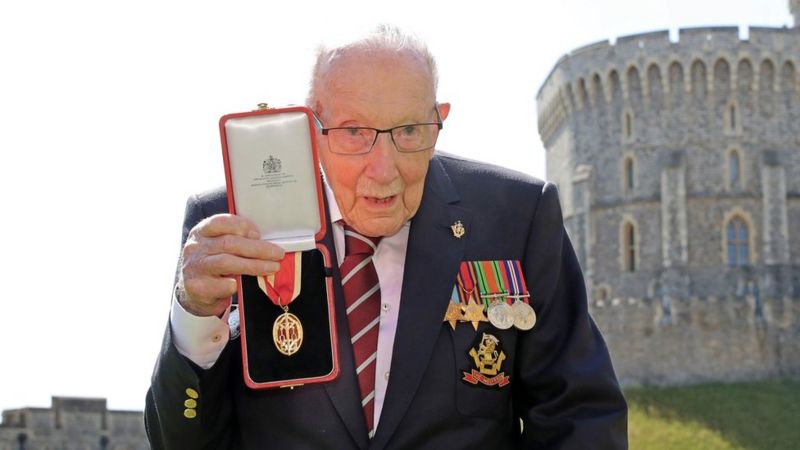 The inspiration for his foundation, called The Captain Tom Foundation, came from seeing many "lonely" ladies in the home who had no visitors.

"That's one of the things that the foundation is, to help lonely people and people who are in difficulties, not just old people, there are some young people that are not properly looked after."

It will work with four charities, the mental health charity Mind, The Royal British Legion, Helen and Douglas House children's hospice in Oxfordshire, and Willen Hospice in Milton Keynes. 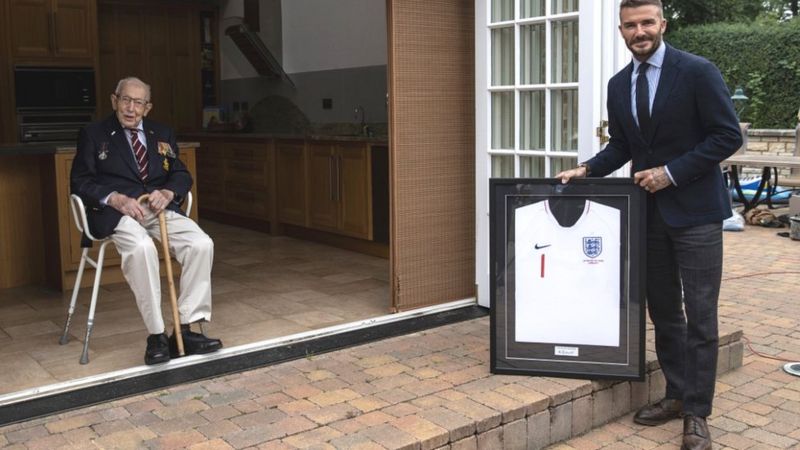 A film is set to be made about his life and he believes David Beckham could play him as "he's got the right build for it and he's a very charming young man", he said.

He met the former England footballer when he was named an honorary captain of the Lionhearts, an FA initiative honouring inspirational people.