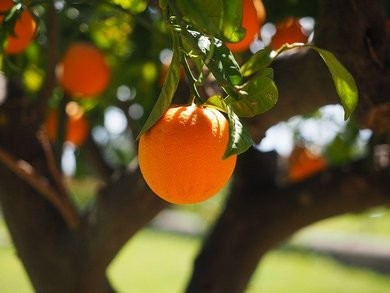 We all know someone getting older and facing the inevitable changes that come with ageing. However, illnesses such as dementia are not part of the normal process of ageing and can be tackled as explored in this case study of Alzheimer’s Research’s #ShareTheOrange campaign.

Alzheimer’s Research UK, the UK’s leading dementia research charity, launched their #ShareTheOrange campaign in 2016 and it continues to grow and go from strength to strength.

The stereotypes surrounding dementia need to be challenged in order to fight the disease. Currently, dementia is misunderstood and feared. The campaign distils a complex subject into a clear visual metaphor. Alzheimer’s Research UK is always working with supporters to further understanding of the condition. Their research revealed that people are eager for a symbol that simplifies the issues around dementia in an easy and informative way.

Whilst assumptions such as its just part of life, the inevitable effect of ageing, and more abound, dementia continues to affect millions of people. Alzheimer’s shrinks the brain around 400% faster than normal ageing. Although frightening, the facts highlight that is it a real, tangible and physical disease, much like heart disease or cancer. Research has made great strides in fighting back those illnesses and can do the same for Alzheimer’s. Supporters can help the cause gain more momentum by taking part in #sharetheorange.

With Alzheimer’s disease affecting so many people around the globe, a number of prominent people have stepped forward to share their stories and connect with supporters. Hollywood superstar Samuel L Jackson has worked with AlzheimersResearchUK to create a thought-provoking film. The film harnesses his star power and shares his personal and very relatable story. Using animation, live-action and powerful lighting, the video emphasises the fact that although Alzheimer’s is a physical disease, it can be fought through research. The video is highly effective in calling for viewers to share the orange as opposed to a call for donations.

Bryan Cranston, the star of Breaking Bad, has also joined the cause. He is asking supporters to share a powerful film for the UK’s foremost dementia research charity, Alzheimer’s Research UK. Created by Aardman Animations and starring Bryan, the film questions prevailing notions and stereotypes about dementia by using an orange. Bryan lost his mother Audrey ‘Peggy’ Sell to Alzheimer’s disease in 2004 and has joined the award-winning #ShareTheOrange campaign. Combining live-action, stop-motion and CGI animation, the film centres on the symbol of an orange. As the impact of the disease is described, the layers of the orange gradually dissolve to show how dementia physically affects the brain.

Not every charity can benefit from being associated with such prominent spokespeople. But every charity can strive towards creating a narrative suited to the world of social media: one that is shareable, easily-recognised and simple to understand.

Alzheimer’s Research has been able to create a social media campaign that leverages the digital real estate of their well-known supporters. But the real success lies in creating something that all of their supporters can share and take part in.

Power of the orange

The #ShareTheOrange campaign shakes up assumptions that readers may have about the condition by using an everyday, universally-relatable object. By doing so, they add real volume and weight to their campaign. It challenges widespread stereotypes and challenges the notion that dementia is a natural part of ageing. The campaign emphasises that dementia is caused by physical diseases, most frequently Alzheimer’s. The deteriorating effect of Alzheimer’s on a brain can leave it weighing 140g less than a healthy one which is about the weight of an orange. The facts and information available show that Alzheimer’s is a physical disease and research has shown that diseases can be slowed and even stopped.

#ShareTheOrange has been embraced by stars, television and influencers to shake up attitudes and old fashioned assumptions about dementia. It helps to raise awareness of the condition and outlines how research can help millions of people with support and funding. So far, 2,134,759 people have shared the orange, including these influencers and celebrities.

On Twitter, @AlzResearchUK have added an orange emoji to their handle and frequently use emojis in their feed, making their posts personal and relatable. On Facebook, their page AlzheimersResearchUK takes a similar approach featuring easily digestible nuggets of information referring to their pioneering research and stories from people affected by the illness. They refer to the science behind the illness, but in a way but makes it accessible and easy to understand.

On Instagram, @alzheimersresearchuk also uses the orange branding and features video clips and photos about the appeal and how it has been embraced, shared and amplified by the stars of TV and film. Their Instagram page also features posts from people sharing their personal testimonies of how they or their loved ones have been affected by Alzheimer’s and takes advantage of such components as IG TV. This uniformity of message across digital media helps solidify the branding of the campaign and allows it to gain prominence as people are easily able to associate one part of the campaign with another.

Across their social media, they simplify information to engage users and help them absorb facts and personal testimonies easily and quickly whilst scrolling through their feeds whether on the bus or during lunchtime. They ensure that their content is interactive and easy to share with users’ own followers, thereby increasing the impact of their work and drawing in more funding.

Other charities can take inspiration from this campaign to shape and share their message and help service users.