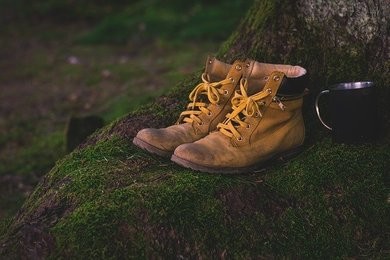 Charity steps in to allow dementia walker to continue with his passion.

Charity steps in to allow dementia walker to continue with his passion.

A WALKER living with dementia has been able to continue with his passion thanks to support from a charity.

Graham Wilson,75, who lives in Hanley Swan with his wife Pam Wilson, 73, was diagnosed with Alzheimer’s disease six years ago.

He stopped hiking earlier this year with his walking group because they could no longer support him due to his neurological condition.

“Graham’s walked all over the world, in Norway, Turkey and across the UK.

“When we moved to Malvern 19 years ago from Solihull, Graham really enjoyed walking the Malvern Hills and it was one of his favourite walks.

“He’s always forgotten names and faces, but around six years ago he started forgetting what to pack for his walking weekends, and one time he came home with his brother’s suitcase instead of his own.

“We went to see a doctor and Graham underwent tests and scans that revealed he had Alzheimer’s disease.”

Now, Graham goes walking on the hills once a week on a Thursday with John, a volunteer for Side by Side who also lives in Malvern.

Janet Neate, Side by Side coordinator for Worcestershire, said: “Just because a person is diagnosed with dementia, it doesn’t mean they stop wanting to take part in their favourite activities.

“Side by Side is Alzheimer’s Society’s volunteer-led service which helps people living with dementia to continue to play active roles in their communities.

“Side by Side helps them to lead fulfilling lives and reduces loneliness and isolation.

“Too many people are facing dementia alone without adequate support.

“Dementia Connect is Alzheimer’s Society’s new pioneering, expert service, that will transform the lives of all people affected by dementia by providing one contact who can guide them through the complex maze of health and social care services. Side by Side is part of this new service in Worcestershire.”

Anyone interested in becoming a Side by Side volunteer with Alzheimer’s Society and can spare a couple of hours a week or month in the Worcestershire area can call coordinator Janet Neate on 07885 228 890.