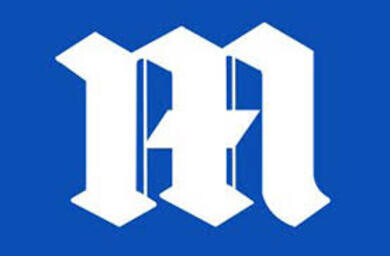 A healthy heart in middle age lowers the risk of developing dementia in later years, a new study has claimed.

People who quit smoking, enjoyed a healthy diet and exercised in midlife all boosted their chances of avoiding the incurable condition.

The study looked at nearly 1,500 people as part of a long-term study started in 1972 in Finland.

It confirmed scientifically previous theories that modifiable behaviour such as diet and smoking can benefit brain health in old age.

Mr Liang, an assistant professor in the Epidemiology and Public Health Intervention Research at the Karolinska Institutet in Stockholm, Sweden, added: 'In this study, we observed that having the ideal CVH metrics, and ideal behavioural CVH metrics in particular, from midlife onwards is associated with a reduced risk of dementia as compared with people having poor CVH metrics.'

Meanwhile previous research has suggested that global dementia numbers could be cut by a third if modifiable risks were eliminated.

Until the current study there was a lack of evidence on potential links between risk of late-life dementia and scores on standard heart health metrics in midlife and late life.

The team analysed data on 1,449 participants in the Finnish Cardiovascular Risk Factors, Ageing and Dementia study, enrolled 1972¬-1987 and assessed in 1998.

The researchers found that participants with intermediate or ideal cardiovascular health scores from midlife onwards, especially for behavioural factors, had a lower risk of dementia later in life than participants with poor scores.

The researchers found no significant overall association between heart health scores measured in late life and risk of dementia.

However, when looking specifically at biological factors, ideal scores in late life were actually associated with greater risk of dementia.

The authors noted that this could be because some biological hallmarks of dementia might overlap with 'ideal' scores on these factors, such as lower blood pressure and lower cholesterol.

They also note that the major limitations of this study include the lack of data on diet and midlife plasma glucose, and high rate of attrition.

These findings suggest that maintaining lifelong cardiovascular health, particularly in the areas of smoking, exercise, and body mass index, could reduce dementia risk later in life.