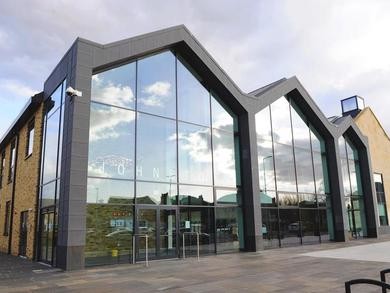 By Jack Haugh – The Gazette

CAMPAIGNERS have hailed a public meeting on plans to turn Johnstone 'dementia friendly' as a success.

The town hall played host to expert speakers and guests in the latest step of the Johnstone Dementia Friendly Group's (JDFG) bid.

The JDFG is on a mission to help local businesses understand the needs of people living with the condition.

Karen McShane, founder of JDFG, says she was impressed by the speakers on show and thanked everyone for braving the weather to appear.

"It was a very positive," she told The Gazette. "The feedback we have received has all been really great and we were pleased to see so many locals and councillors turn up.

"All of the local councillors and even the independent ones have given us a lot of support and are really behind our plans.

"I've had people telling me it was really interesting and even had a solicitor getting in touch to say he was keen to get involved and help us.

"The weather wasn't for us but it was clear there are so many people who are caring about dementia."

The JDFG will now step up plans to speak to businesses in Johnstone about what 'dementia friendly' status would mean for them.

Karen added: "We left the meeting feeling very positive about the next steps.

"I will now write to businesses in Johnstone and let them know we are here and how they can get involved. All it would take would be an hour of free training from Alzheimer Scotland.

"We also want to reach out to pubs and businesses in Spateston and Corseford as we know there are people with dementia in those areas who could also benefit."