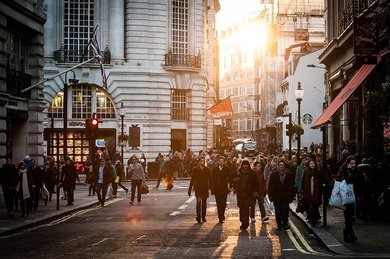 By Georgia Banks – The Northern Echo

A TOWN-WIDE campaign has been launched to create a dementia friendly community.

Thanks to funding from the Great Aycliffe and Middridge Partnership (GAMP) – which is one of 14 area action partnerships throughout County Durham – the Pioneering Care Partnership (PCP), in Newton Aycliffe, has developed the new project.

The Town of Our Times new initiative aims to help those living with dementia feel understood, respected and supported.

The PCP is an award-winning charity whose mission is health, wellbeing and learning for all.

It aims to support the development of individual and community capacity by creating opportunities to improve the health, wellbeing and life chances of disadvantaged communities.

The charity first decided to launch the campaign after its chief executive, Carol Gaskarth, said seeing people living with dementia opened her eyes and urged her to make the organisation more inclusive.

The specific symptoms that someone with dementia experiences will depend on the parts of the brain that are damaged and the disease that is causing the dementia.

The different types of dementia tends to affect people differently, especially in the early stages.

Other factors that will affect how well someone can live with dementia include how other people respond to them and the environment around them.

Carol Gaskarth, PCP chief executive said: “Learning to appreciate things from the perspective of a person living with dementia completely opened my eyes to how the Pioneering Care Centre needed to change to be more inclusive.

“As a charity who focuses on health and wellbeing it is important that we do all we can to make our services accessible and simple steps can make a huge difference.

“Through the Town of Our Times project we aim to support others to think about what they can do on a very practical level to raise awareness of dementia and support people to continue to feel part of their community.”

The charity is encouraging others in the area to become a dementia friendly organisation and would urge others seeking help or support to become inclusive to contact Jane Cunningham on 01325-321234 or email jane.cunningham@pcp.uk.net

Anyone living with dementia seeking advice of support should contact the National Dementia Helpline by calling 0300-2221122 or visiting alzheimers.org.uk/get-support/national-dementia-helpline