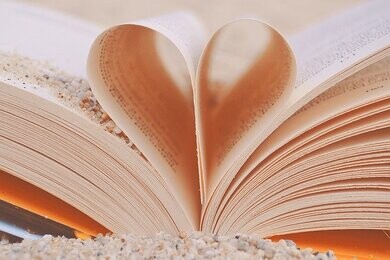 Richmond woman with dementia has poetry book published by son

Richmond woman with dementia has poetry book published by son

Once, on February 8, 1980 and again, on August 1, 1980, when the then forty-year-old was recognised for her fundraising endeavours for the Royal Star & Garter House, Richmond Hill.

The home used to be a facility for seriously injured servicemen and women, and though Mrs Bold had broken both her legs in a bad fall, she appealed to the community to donate.

Written on her plaster cast was:

“Please help the Star and Garter Home. My injuries are curable theirs aren’t.”

A spiritual medium and avid writer of poems, Mrs Bold also wrote about churches and the loss of Royals such as Diana and Lord Mountbatten.

Her son, Luing Andrews, says she always dreamed of having her poetry published. However, Mrs Bold now suffers with dementia, so this has been impossible for her to achieve.

So, Mr Andrews has decided to self-publish a collection of his mother’s poetry on Amazon, with the help of an author friend and his wife.

All profits from 'My Poems By Josephine Bold' will be donated to Cecil Court Dementia Home in Kew, where Mrs Bold is being cared for.

“Now most poems have sadly been forgotten by her but every now and then a little light shines so bright and mum will remember a short poem or two. When this happens, it is so beautiful to me a treasure I will never forget.”

He is planning to surprise his mother on his next visit on Thursday (August 20), by presenting her with a copy of her book. 'My Poems By Josephine Bold' can be purchased here.