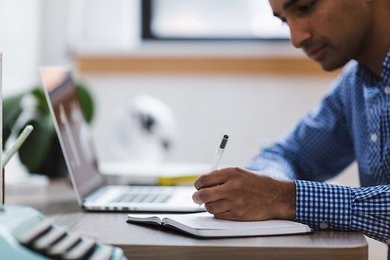 Health records from over 80% of the Welsh population have been used to create the UK’s first national-scale health database for dementia research, which is housed at Swansea University.

Researchers have used Welsh NHS records to create the new resource – which is kept in the SAIL Databank – allowing doctors and scientists to investigate fundamental questions about dementia with greater confidence, paving the way for new treatments.

Every three seconds someone in the world develops dementia, and the number of people living with the condition is projected to increase. With 850,000 people estimated to be living with dementia in the UK, it is the biggest public health crisis of our time.

Due to the complex nature of dementia, the need for quality long-term data is high and the diseases that cause it can take hold decades before symptoms show. Through their data and the state-of-the art research capability in Dementias Platform UK, Welsh people are making an unrivalled contribution to research and treatment for Alzheimer’s disease.

Researchers have used the SAIL Databank to develop the dementia-specific resource, known as the SAIL dementia e-Cohort (SDeC). The scope of the new database is 1.2 million people’s records over 20 years and it allows researchers to explore the impact and progression of dementia on a population scale. Researchers will be able to see whether circumstances such as access to social care or household income impact on dementia.

The SAIL Databank, from which the new dementia database is created, contains anonymised GP and hospital records from the 3.1 million people in Wales, including information on prescriptions and diagnoses. GP records are particularly valuable in dementia research because the vast majority of people living with dementia are at home, or under the care of their GP. The size of the Welsh data makes the potential insights into the disease and treatments particularly important.

Unlike most other countries which collect health data, Wales is one of very few countries in the world where researchers have access to primary care data for nearly everyone. This makes Welsh people’s data extremely valuable.

“For dementia researchers around the world, having access to population-scale data on the people of Wales via the SAIL Databank is a great privilege and opportunity. The sheer scale of the linked data sources available is unparalleled and researchers have access to individual level data for almost the entire population.

“The level of linked details we hold at this scale is extremely rare for dementia research. It’s possible thanks to the technology and investment in governance and stakeholder engagement we have here in Wales, which is world-leading.”

“Together, the data and the technology provide us with a unique opportunity to advance dementia research. The SAIL Databank and Dementias Platform UK Data Portal are world-leading trusted systems that provide efficient and secure access to data.

“They provide us with the opportunity to bring expertise from the NHS, academics, policymakers and member of the public to conduct research – and have complete confidence in the security of patient data.”

The Welsh data is now being used in research to further understanding of dementia. It’s possible thanks to big steps forward in our ability to store large health data securely, bringing expertise together at Dementias Platform UK and Swansea University.