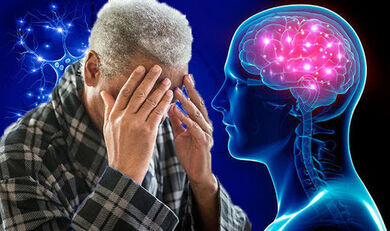 Feeling concerned about the stae of your memory is not an uncommon experience. In fact, according to a UK-based study, (as reported by The Times) dementia is the largest source of fear associated with ageing for as many as four in ten people.

If your knowledge of dementia only goes about as far as memory trouble, that’s understandable. However, it’s substantially more broad-reaching than that. As dementia Australia writes on its website, “Dementia describes a collection of symptoms that are caused by disorders affecting the brain“.

The series of conditions influence your “thinking, behaviour and ability to perform everyday tasks”.

Alzheimer’s is likely the most widely recognised of the diseases. 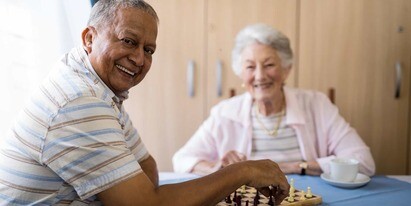 How can you reduce the risk of dementia?

It’s important to be clear here that Dementia Australia states that there is “no sure way to prevent dementia”. In some cases, the sad reality is that genetics, age and other elements beyond anyone’s control will be at the root of a dementia-related diagnosis.

With that said, there have been studies on lifestyle choices that may reduce the risk. Many of these changes can be implemented from a young age, which is an encouraging thought.

Dementia Australia writes that looking after your general health (heart, body and mind) is the best place to begin. The Times agrees; sharing that a 36-year-old study completed at Oxford University and University College London indicated that regular exercise, a healthy diet and avoiding or quitting smoking can improve your overall brain health.

According to the outlet, of the 10,000 people who were assessed for the study, those who maintained an active lifestyle (particularly in the mid-life years) were better slated to lower their risk of dementia.

Dr Sanjay Gupta, an American neurosurgeon, medical reporter, and writer, recently wrote for CNN that “According to the best available evidence, significant upgrades can be made to the brain within just 12 weeks”. Meaning that with some work and consistency, we have all the tools available to us to make considerable changes to our brain health.

“I tell patients to follow the SHARP dietary protocol: Slash sugar; Hydrate (even being dehydrated a few ounces can affect cognition); Add more omega-3 fatty acids from foods like cold-water fish, nuts, and seeds; Reduce portion; and Plan ahead. I also tell them to spend their money on something proven to ultimately help the brain, like a comfortable pair of shoes for walking or a new pillow for a good night’s sleep.” [Rather than investing in supplements.]

Dr Gupta also spoke to the importance of getting a regular sweat on, as well as challenging your brain with games, or even just by engaging with other people.

So, in short: keep active, sleep soundly, fuel your body well, and put your mind to work. It’ll do your brain a whole lot of good, and you’ll probably feel incredible, too.