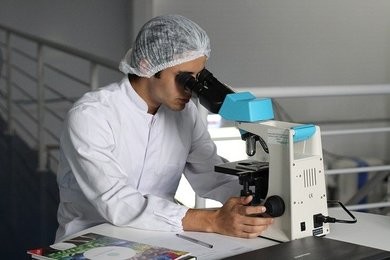 We need to radically rethink our approach to Alzheimers research.

We need to radically rethink our approach to Alzheimer’s research.

Targeted immune modulation will usher in an era of effective neurodegenerative disease therapies.

Over the past decade we’ve seen failure after failure in clinical trials for neurodegenerative disease. Despite over 200 clinical trials, we still don’t have any meaningful therapeutics for Alzheimer’s and the only options for diseases like Motor Neurone Disease (MND) barely extend life by a few months.

Clinical research in this field has been stuck in a rut for several years, with the vast majority of trials focused on a single, unproven hypothesis. A unifying feature of neurodegeneration is the accumulation of sticky protein deposits within the brain, such as alpha-synuclein in Parkinson’s or amyloid-beta and tau in Alzheimer’s. Pharma companies have spent many years and billions of dollars attempting to reduce the quantity of these protein deposits, banking on the assumption that this will protect brain cells and reduce cognitive decline.

The net results of these efforts is a huge amount of frustration and a shaken belief in this core assumption. Whether protein deposits are mopped up by antibodies, or inhibited from forming in the first place, neuronal survival and cognitive decline stubbornly refuse to budge. This has led some pharma companies, such as Pfizer, to lose heart altogether and pull out of the neuroscience field. Others plough on with protein-clearance strategies, wedded to cell and animal models – which over-express proteins such as amyloid that are far-removed from clinical reality.

Progress in this field depends upon finding new therapeutic targets with a more solid scientific rationale – and in 2020, we will see some exciting breakthroughs. One area where progress is being made is by studying inflammation within the brain. Moderate neuroinflammation, which clears away debris and fights infection, is a protective response by our brains to an acute problem, such as an injury. However, in diseases such as Alzheimer’s, the damage to cells is chronic and takes place over several years. This results in a persistent and aggravated form of neuroinflammation that kills brain cells, triggering further inflammatory responses and speeding the decline of cognitive function.

There are many anti-inflammatory compounds available within pharma companies’ portfolios that have proven safety records in patients and could be used to treat neurodegeneration. However, initial results from trials of these compounds have been unpromising, as scientists and clinicians have unsuccessfully walked the tightrope between maintaining the beneficial effects of acute short-term inflammation while making any anti-inflammatory effect strong enough to deal with detrimental chronic effects. A more nuanced and adaptable approach is needed, and clues may be found in the latest wave of cancer therapies to hit the market.

It has been known for many years that immune function is a critical factor in cancer survival, with many “immuno-modulatory” therapies recently entering the clinic. The latest developments in this field are “cell therapies” where a patient's own immune cells are genetically modified, supercharging their ability to recognise and kill tumours. The first wave of cell therapies have already hit the market, with therapies such as Kymriah from Novartis saving the lives of patients with chemotherapy-resistant cancer.

While it has been the highly potent killer activity of a subset of immune cells that has created breakthroughs in cancer, it is harnessing the opposite side of the system, the ability to selectively calm inflammation and destruction, that is now showing considerable promise in neurodegeneration. Selectively editing and controlling this side of the immune response has the potential to significantly reduce chronic and inappropriate neuroinflammation, potentially providing a potent new therapy. In 2020, we’ll very likely see the first early pre-clinical demonstrations ushering in a new era that offers hope to millions of patients across an increasingly ageing population.

Mark Hammond is a director at Deep Science Ventures. Tim Newton is CEO of Reflection Therapeutics