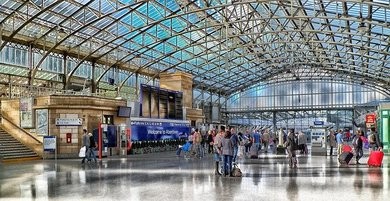 Women arrives in Aberdeen on her 20,000-mile epic coast walk for dementia

Women arrives in Aberdeen on her 20,000-mile epic coast walk for dementia

Back on January 31st 2020 we put up a story about Karen Penny and her fundraising campaign walking the British and Irish coastline. Today we have a new update on her journey.

A woman has arrived in Aberdeen as part of a record-breaking journey walking round the entire coast of the UK.

She visited Pittodrie yesterday to give a talk about her mission and will head to the office of Mattioli Woods, a firm which supports the charity, today.

If she completes her challenge, she could become the first woman to have completed the 20,000-mile journey.

She has already taken in the Welsh coastal path, the entire periphery of Ireland, the north west of England and the west coast of England on her travels.

The journey has also included around 20 Scottish islands.

Karen, from South Wales, has raised around £57,000 so far –more than half her target.

The 53-year-old took on the fundraiser in memory of both her in-laws who suffered from different forms of dementia.

She said: “It’s been a cold few days up in the north of Scotland, so the offer of lunch and a warm welcome in Aberdeen couldn’t have come at a better time.

“One in two people know someone who has been affected by dementia, and everywhere I go on my journey around the UK and Ireland I meet people with their own stories to tell.”