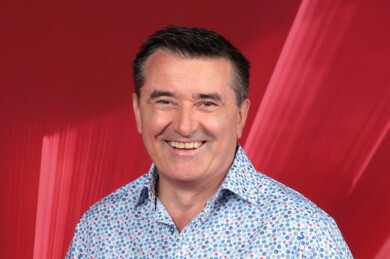 Martin King said he suffered a double heartbreak when his mum Christina lost her ­battle with dementia just over four weeks after his father, ­Martin snr, died ­suddenly on Easter Monday 2019.

Martin King said the realisation that he was an orphan after losing his mum and dad within four weeks of each other hit him hard, despite being an adult.

The Virgin Media host, 57, suffered a double heartbreak when his mum Christina lost her ­battle with dementia just over four weeks after his father, ­Martin snr, died ­suddenly on Easter Monday 2019.

After months of work behind the scenes, The Six O’Clock Show host is set to open up about his family’s experience with dementia in a special documentary, We Need to Talk About Dementia on Sunday.

He hopes to raise awareness and reduce the stigma associated with dementia in the show. 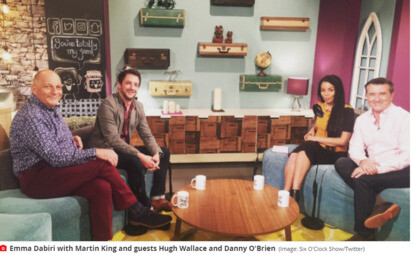 However, he admitted it’s been an emotional time for all involved, as they reflect on their heartbreak.

He told Irish Daily Mirror: “It is bringing up a lot of thoughts and things I thought I had parked.

“It has been tough. And it took, I think we were filming a few days before it started to hit home.

“Maybe I need to sit down some more and chat about these feelings.”

Reflecting on the shock and devastation he felt at the time, he went on: “The double whammy of losing my mam four weeks after my dad.

“My dad passing was a massive shock. Because we weren’t expecting it.

“We were expecting my mam to die. In fact, on the day my dad died, my sister was in the city, it was Easter Monday, and she bought my dad a jacket and trousers to wear to my dads funeral.

“And she was on her way up to the hospital to see him when she got a call saying, can you get here a bit quicker, by which time he was already gone.

“So that was a real shock. And that hit us really hard.

“Losing my mother, that was massive too. But we were preparing ourselves for that because we knew from the start of the year we didn’t have much time left.

“And then trying to process all of that after mam had gone. Within a month, we were orphans. I know we are all adults, but we are orphans.

“And that was tough to deal with.

“And it took me a little while to get through it.”

Martin will talk to members of his own family and other people in the community about the reality of dementia in the programme.

He added: “I just don’t want to let my mam’s memory down.” 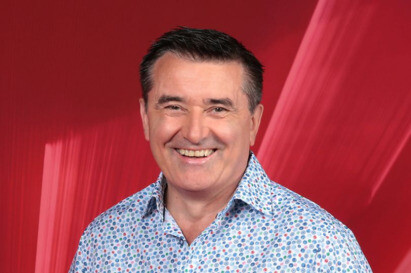 We Need To Talk About Dementia airs on Sunday 28th March at 8pm followed by the highly anticipated broadcast of Finding Jack Charlton at 9pm.

Why are so many babies dying of Covid-19 in Brazil?
Read Article
Injustice' as man left in Nottinghamshire care home for months
Read Article
Tea with a pony sessions have power to help those with dementia
Read Article
Why Olivia Colman's new film will leave you disorientated
Read Article
Fear of memory loss impacts well-being and quality of life
Read Article